This proposed legislation, if enacted, will effectively prohibit artificial insemination.

Volunteers may soon be seen throughout Colorado collecting signatures to put a measure on the November 2022 ballot that they will claim will protect animals in the state. The American Kennel Club joins many other animal welfare, livestock and animal husbandry groups in expressing grave concerns and opposition to the proposal. We urge all dog owners and breeders in the state to NOT sign these petitions should they begin to be circulated.

What is the measure?

As currently drafted, Proposed Initiative 16, known as the Preventing Animals from Unnecessary Cruelty and Exploitation (PAUSE) Act would ask voters the following question:

Shall there be a change to the Colorado Revised Statutes concerning expanding prohibitions against cruelty to animals, and, in connection therewith, expanding the definition of “livestock” to include fish; expanding the definition of “sexual act with an animal” to include intrusion or penetration into an animal’s anus or genitals with an object or part of a person’s body and allowing an exception only for care to improve the animal’s health and eliminating the existing exception for animal husbandry practices; defining the “natural lifespan” for certain species of livestock and providing that slaughtering those animals is not animal cruelty if done according to acceptable animal husbandry practices after the animal has lived 1/4 of the natural lifespan; removing several exceptions to the animal cruelty statutes, including exceptions for animal husbandry; and providing that, in case of a conflict, the cruelty to animals statutes supersede statutes concerning animal care?

So What’s the Problem?
At first glance, the proposal may seem innocuous.  It claims to focus on issues such as cruelty and bestiality – and of course who wouldn’t want to protect animals from horrific acts? AKC abhors animal cruelty. We strongly believe that no animal should ever be in a situation where they are treated in a cruel manner and that those who mistreat animals must be held accountable.

However, when you read the entire proposal, it’s evident that the proposal is complex and covers a number of changes to law that would have harmful consequences for dogs and dog owners, as well as for other animals and livestock. This should be of concern to all Colorado residents, as well as animal owners and breeders.

The most troubling change for responsible dog owners and breeders (and the owners of other animals) is the removal of exceptions for standard animal husbandry procedures except for the health of the animal.  While some veterinary activities such as sterilization will still be permitted, other humane actions will not.
This very important animal husbandry exception included in current law differentiates between inappropriate and cruel acts, and important, humane accepted practices such as artificial insemination.  Artificial insemination is a common practice used by many purebred dog breeders to preserve bloodlines and ensure genetic diversity.  Yet under the PAUSE Act, this practice would likely not be permitted – thereby having a detrimental impact on purebred breeding programs in the state.

Livestock ranchers and farmers are expressing additional concerns on the impact of certain provisions on their industry and livelihoods.

What Can I Do?

On March 17, the proposal was approved by the Title Setting Board, which purely assesses the drafting of the proposal—not its merits.  Petitions could begin to be printed and circulated soon, although media reports indicate an appeal may be filed which will require another board hearing.

The most important thing that Colorado AKC clubs and breeders can do is to not sign the petition if you are approached, and to educate your colleagues and other dog owners you know.  Let them know that no one supports animal cruelty, but this proposal contains provisions that would have a negative impact on important animal husbandry practices.

AKC Government Relations and the Colorado Federation of Dog Clubs are closely monitoring this proposal and will provide further updates. 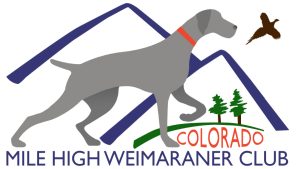